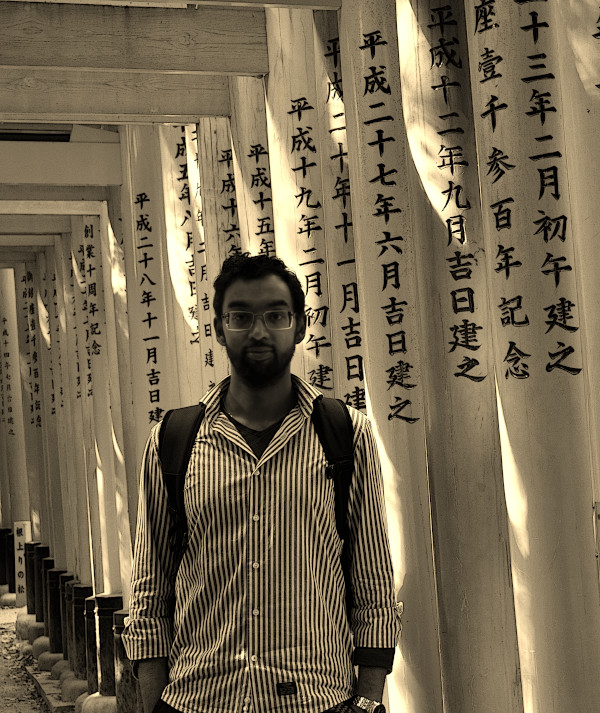 The fellow in the photo. Programmer, professional paranoid, clever playfulness enthusiast (computers and beyond!). A practitioner (engineer) by trade, quietly morphing into a theoretician.1

About this website. I was in the early years of my adulthood (circa 2006) when in Portugal it became fashionable to subscribe to so-called “social media” websites, to (ostensibly) connect to others, and express your voice, and be informed about the world. I have always been skeptical, but after being peer-pressured to join the herd—and of having, to my shame, caved in three times—I have concluded I prefer to have none of that. And to instead keep only a simple website, where I can write about what have been doing—and occasionally, longer essays about things that for whatever reason, end up stewing long enough in my mind.

But there’s a twitter icon on the top bar… OK fine, I have a Twitter account—but please read this first. Other than that, I have a github account, for the software I develop; see the software page. Other attempts to find me on “social media” are foredoomed to failure. And while on the topic of such (supposedly social) media, Ed Snowden dixit best:

Businesses that make money by collecting and selling detailed records of private lives were once plainly described as “surveillance companies.” Their rebranding as “social media” is the most successful deception since the Department of War became the Department of Defense.

The irony of saying such a thing on Twitter is not lost on me; but that does not diminish its truth.

→Visibility of the top navigation bar. If it is not visible, move the cursor to near the top of the browser’s viewport, and it will be shown.
→A word of warning to the “politically correct”. Concerning texts written by me, it is my personal choice to always refer to my hypothetical reader as “he”. The reason for doing so is explained here.